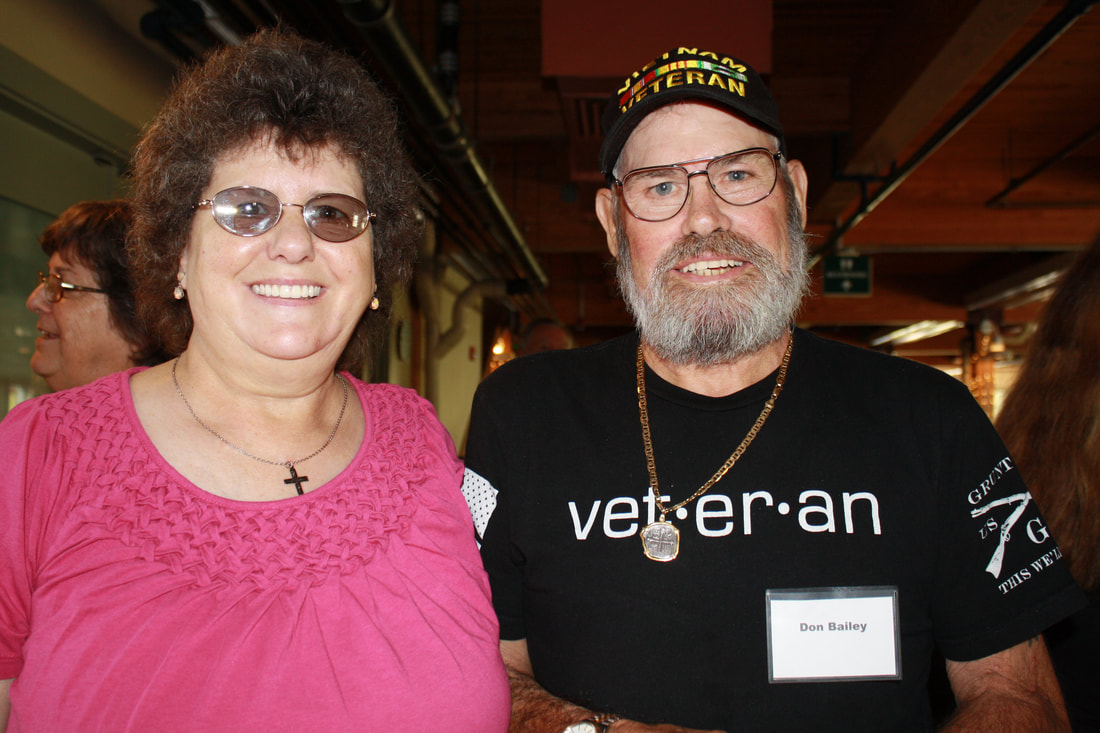 Carol and Don Bailey at the Birthday Bash on August 20, 2017
Doug Baldarelli
Sharon (Bechan) McFarland
"What's Latin but the language of the best." 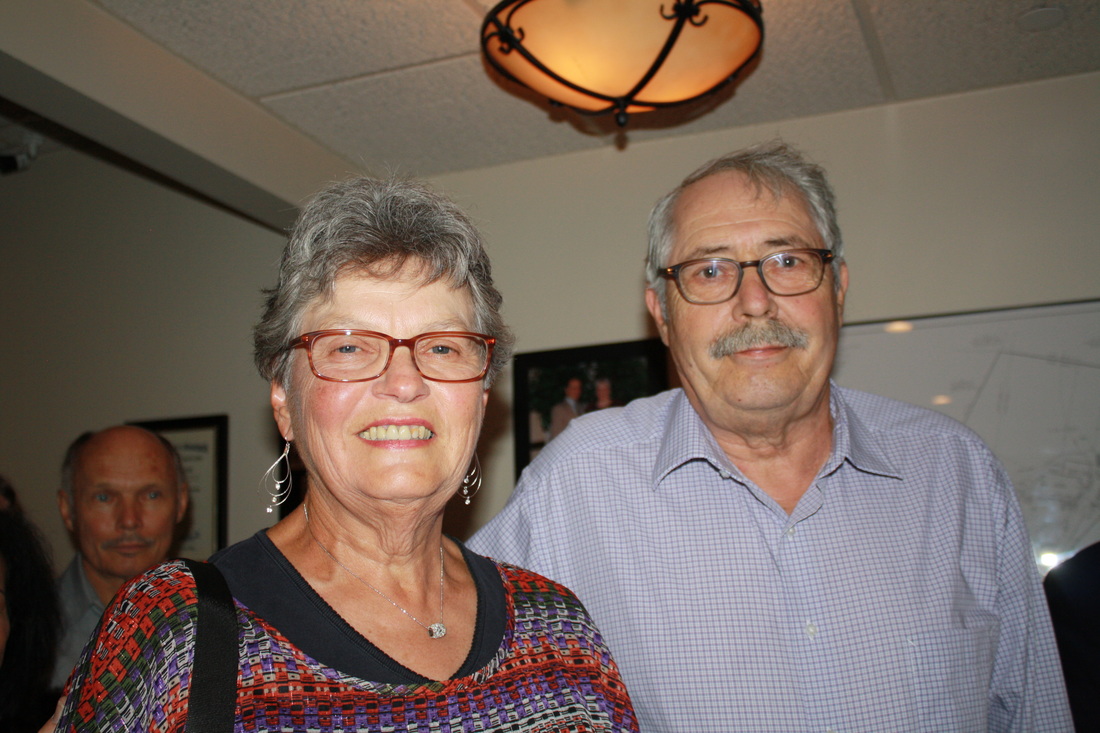 Sharon (Becher) and Terry McFarland at the reunion at Val's, September 2015
Barbara (Beckwith) Holland
"The quiet mind is richer than a crown."
Janet (Beebe) Kaminski
"Wit is the best sense in the world."
Richard Bellrose
"Quietness and confidence shall be your strength."
I am currently married to Laura (Fife) Bellrose of Princeton. She graduated in 74 from WRHS... Married now for 28 years come July. We moved to Montana in 2005 and love it here. It's like Holden was when we were kids -- people are kind and easy going. We go back to Mass at Christmas time for Laura's mom --- my mom and dad passed a while ago as did my brother Jeff last summer.

We actually have an old fashion soda fountain at one of the pharmacy's not far from us. We sit and reminisce over ice cream sodas.
​
Well, it looks like we won't be getting to any reunion anytime soon-- summer here is just too spectacular to leave and we have horses to care for.
Rich Benson
"Mischief is the spice of life." 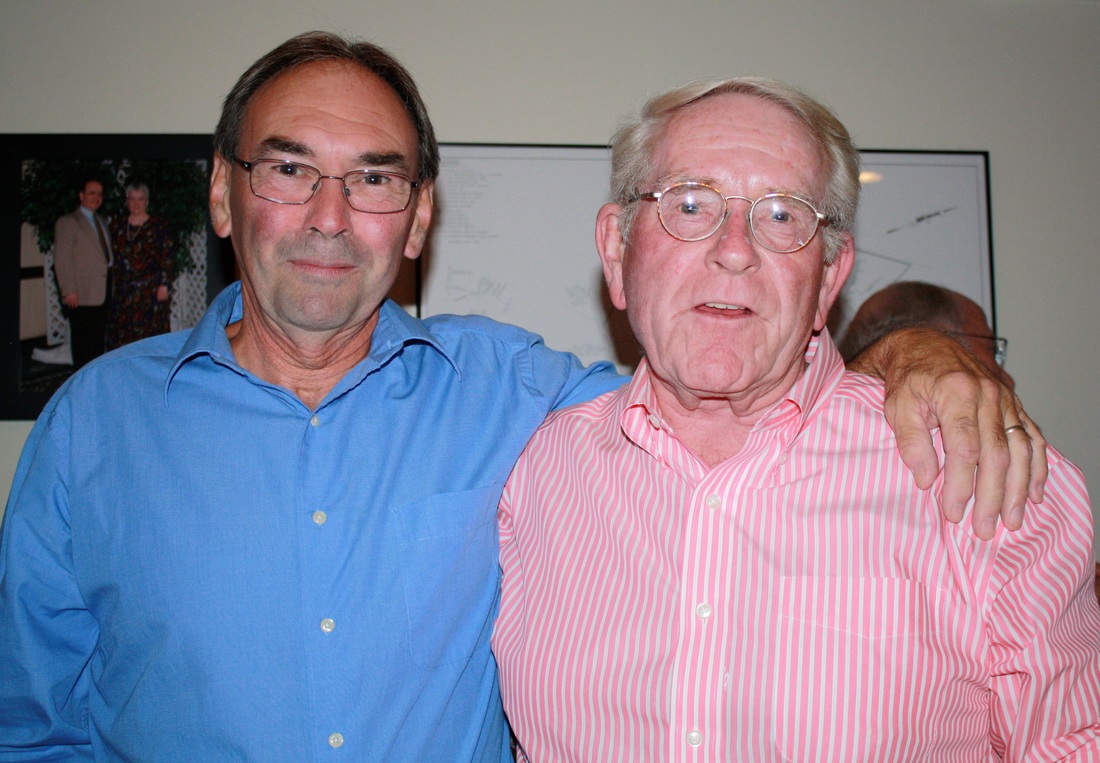 Rod Osbourne and Rich Benson at the reunion, September, 2015
Richard Blokland
"Friendship is the bond of reason."
Live in Sweden. Yes, Sweden, Sweden. Just kidding. When I sometimes make a call to the States for a business question, I'll be asked, "You mean, Sweden as in the country?" The skills I value the most from classes at WRHS were English class with Mr. Theriault, who encouraged my writing, and typing, both of which I still use frequently. Favorite memory? Basketball games and the dances afterwards. My partner was a Swedish Architect who passed on in 1989. We have a wonderful son, Jonathan who has an IT company and two beautiful grandchildren. I am both retired and working. I've been a freelancer my entire life...apparently I enjoy being my own boss. My most recent accomplishment to share would be winning the Voice Art Award in Hollywood last November. It was for the Best Narration by an Author for my book Robes of Silk Feet of Clay. I am also proud of myself for staying alive to witness and participate in all the tremendous changes going on in the world, which look pretty messy now but will finally wrap up on a positive note I believe. I enjoy vacationing near the ocean. My health is of late much better than it was a year and a half ago, thanks to a diet called the Medical Medium diet which I warmly recommend to anyone dealing with chronic illness.
"Quiet by nature yet fun loving too." 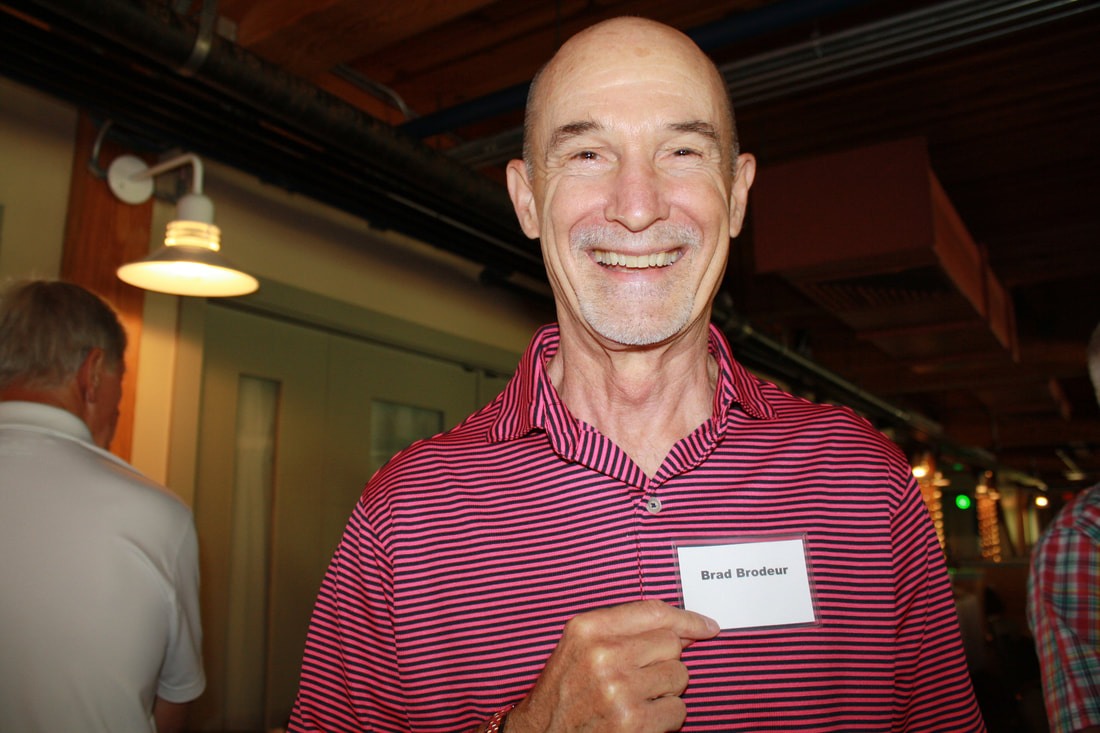 Birthday Bash - August 20, 2017
Geraldine (Brown) Doherty
"The only way to have a friend is to be one."
Joyce (Bruinsma) Larivee
Diana (Bucklar) Carrstedt
"Beauty is silent eloquence."
Bob Bullard 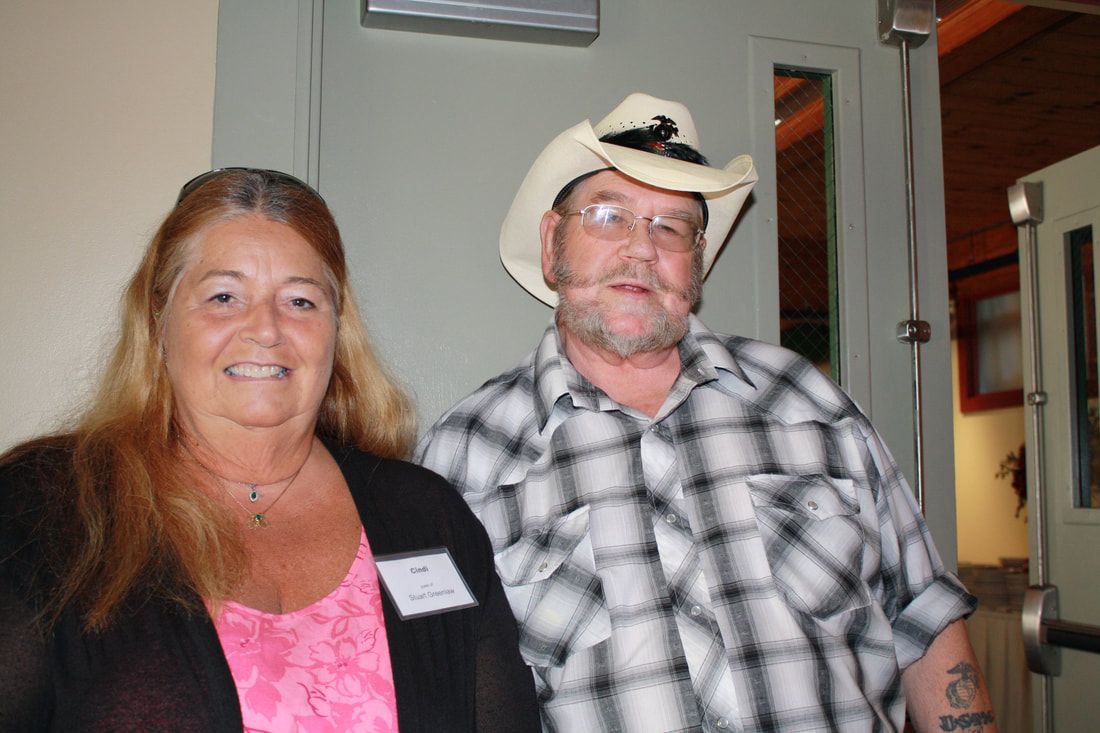 Stuart Burrows/Greenlaw at the Big Birthday Bash - August 20, 2017
United States Marine Corps 1965-1969. QCC 1970-1973. Joined Norton Co. in 1973, retiring in 2012. I had taken the business course at WRHS and those skills I acquired have been a great help throughout my life. My life time partner and I will be celebrating 41 years together in August, 2021. Our daughter lives in Florida and we frequently visit her through the use of our "timeshare". We have traveled extensively, having been to Scotland and the rest of the UK several times, the Netherlands, Bermuda, and several islands in the Caribbean. Nashville, New Orleans, Charleston, and Savannah are some of our favorites to visit. Until recently I have been the N.E. Regional High Commissioner for Clan Stewart in America and Commander of Posts 1812 and 75 of New England for the Scottish-American Military Society. As a result we have set up at Scottish Festivals in the summer here in New England and beyond, disseminating info about Clan Stewart and anything Scottish. I have been heavily involved in American Legion, AMVETS, the Worcester County Vietnam Vets and served on the Worcester Veterans Council. At WHRS I liked most of my teachers. I always got a kick out of Ron Bouvier. I liked the hustle and bustle in the hallways between classes. It was a good time without the pressure of drugs and other things that seem all to prevalent in high school these days. Sorta like "Happy Days". Who doesn't remember Herb's or "record hops"?! Despite what old age brings, knees wearing out, thinning hair, etc. I'm in pretty good shape for the shape I'm in. I would, however, like to find the guy that coined the phrase the "Golden Years" and choke the s#@! out of him.
Nancy (Burtt) Dickie
"The friends of my friends are friends."t
John Byron
"Take everyone's advice, then do as you please." 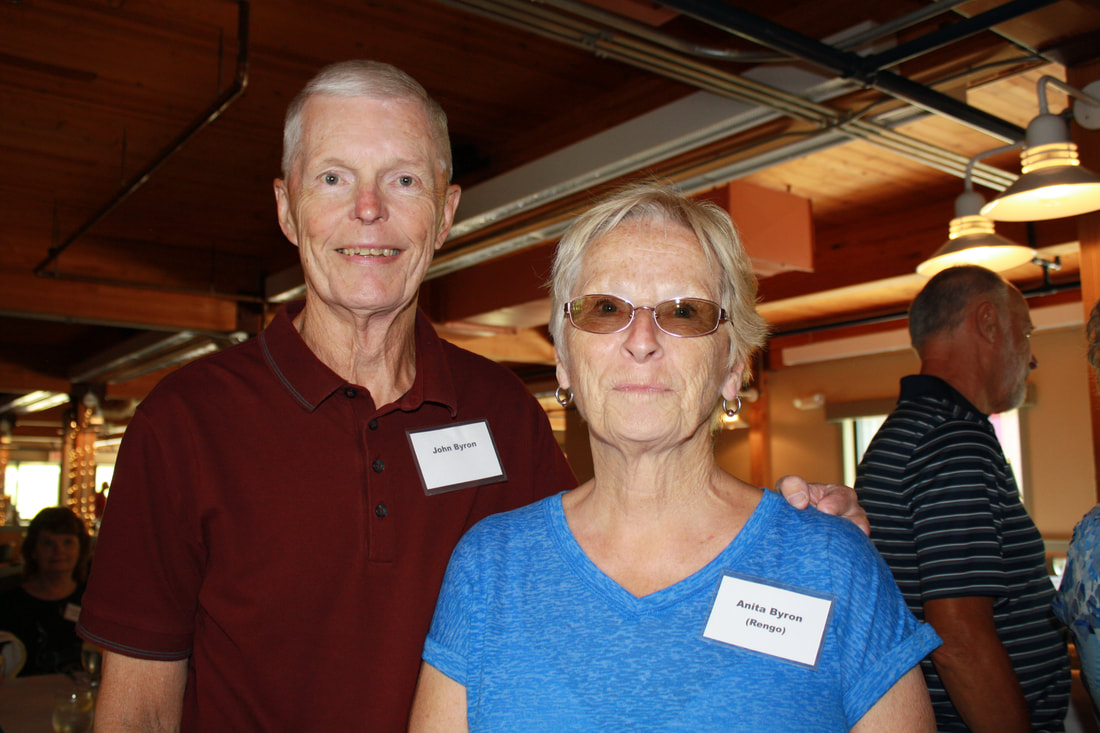