Sandy (MacGregor) Hakkarainen
"She'll get by with a twinkle in her eye." 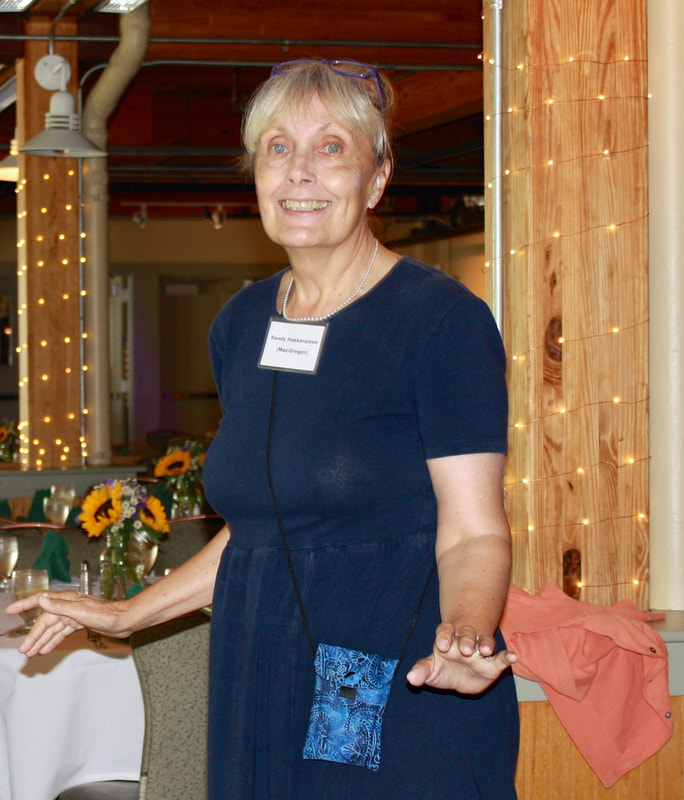 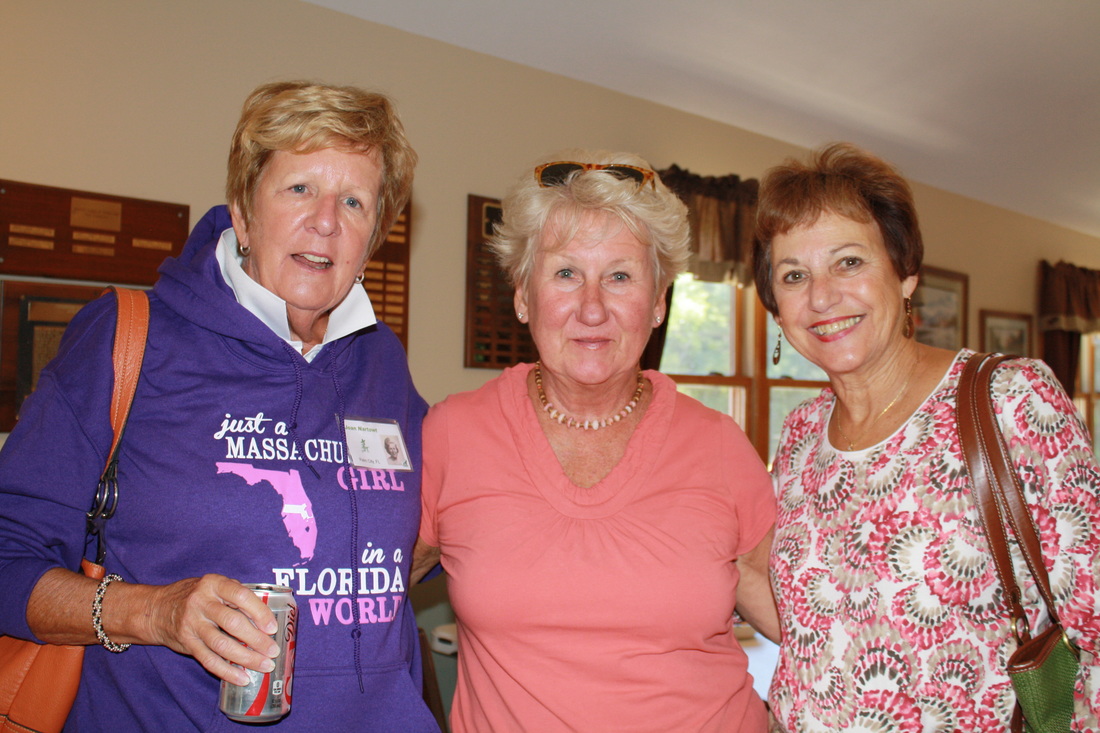 Joan Nartowt, Dottie MacKenzie and Linda Lindberg, the day after 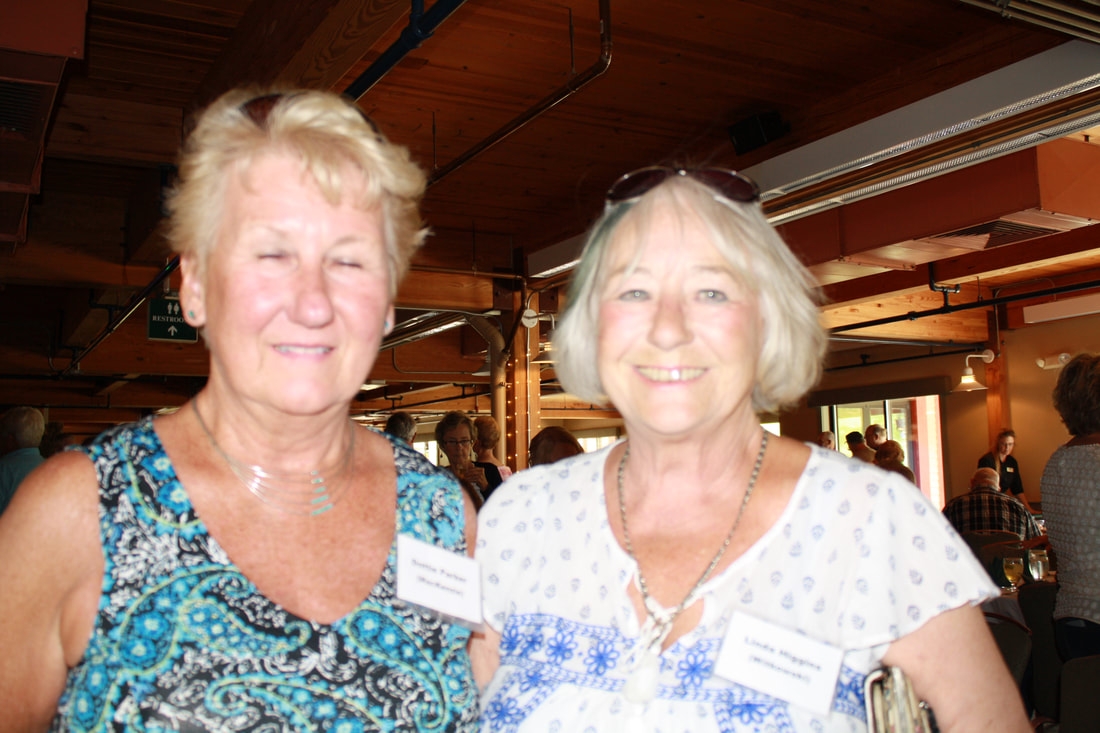 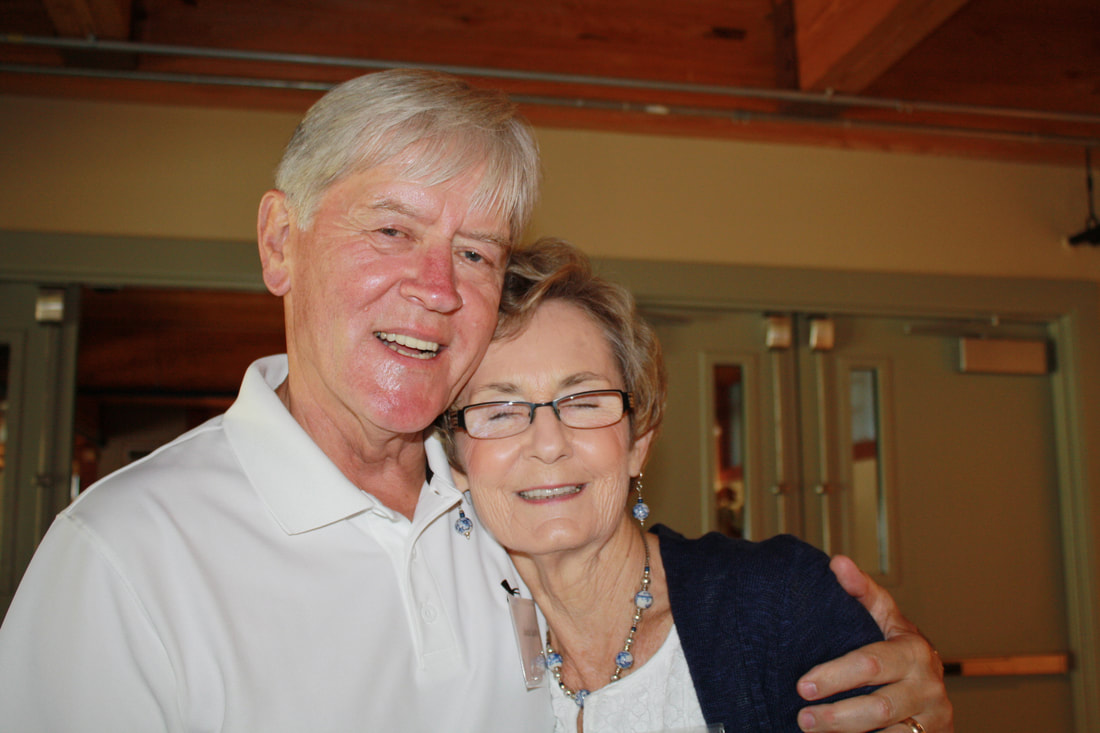 Birthday Bash - August 20, 2017
Liz (Marsh) Hanson
Dennis Martin
"God hath made man upright; but they have sought out many inventions."
Robin Mase
"A smile for all, a welcome, jovial way he had."
Gary Mason
"The rule of joy and the law of duty seem to me all one." 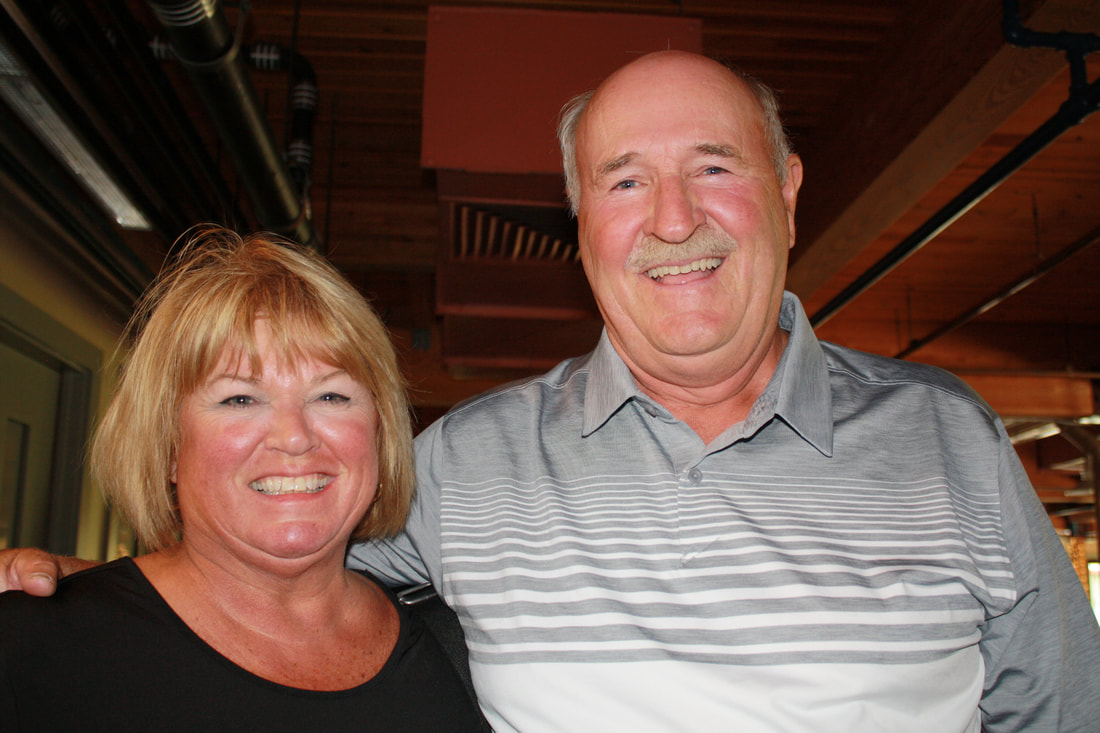 Anne and Gary Mason at the Birthday Bash, August 20, 2017
Stanley Matis
Judson May
"Why all this toil and trouble?" 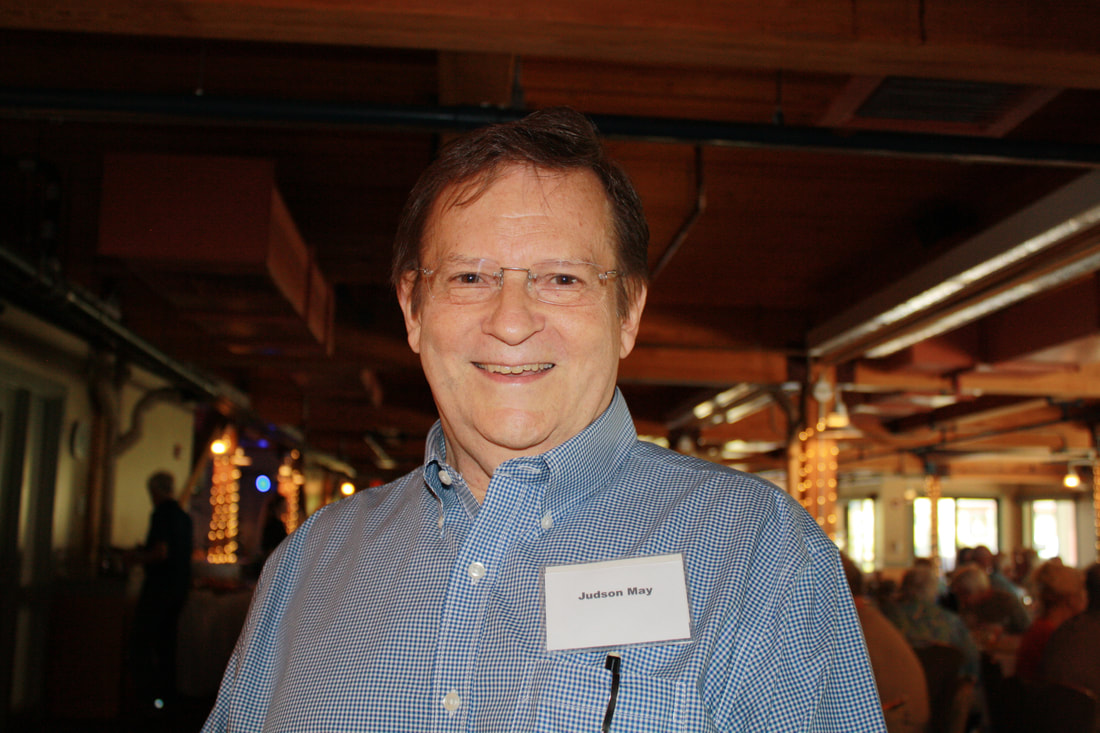 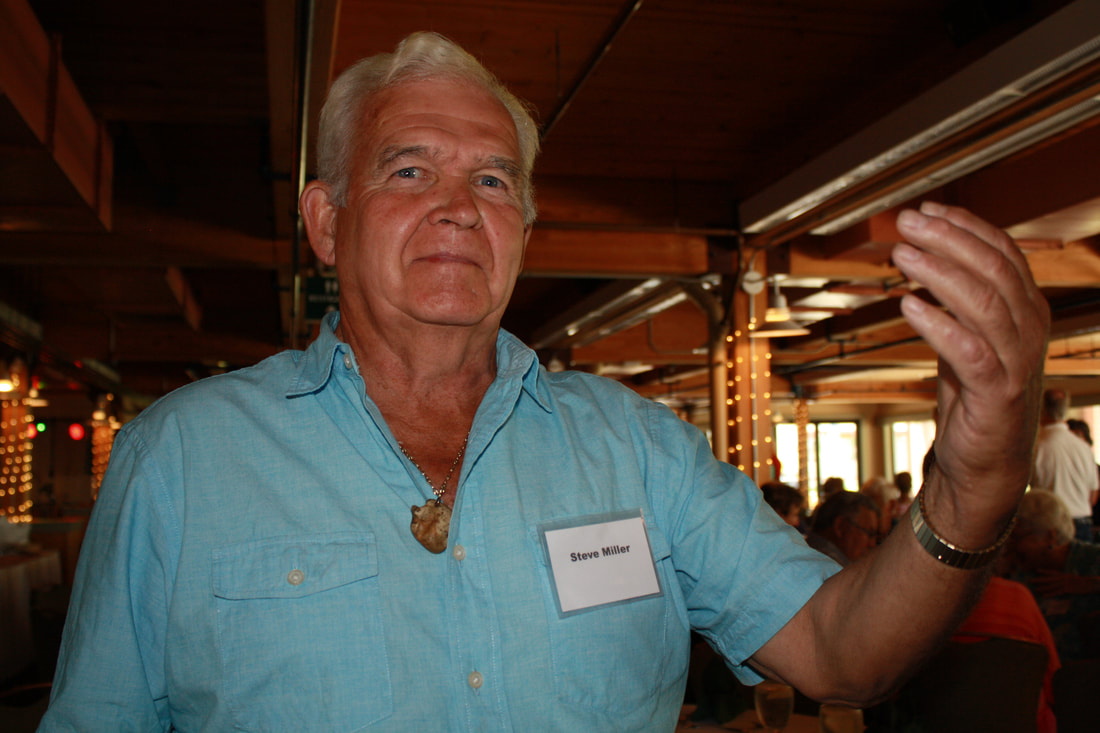 Birthday Bash - August 20, 2017
Brian Morey
"The devil is kind to the devilish."
Charlie Morris
"The race is not always to the swift, nor the battle to the strong -- but that's the way to bet."
Went to work at Norton Co, Machine tool division after graduation. I couldn't believe anyone would pay $1.97/hr to push a broom.
Enlisted in Army July 1967 after choosing a school from a thick book with my eyes closed.
I was a week late getting to the bus and the MPs paid a visit to my house, but by that time I was in basic training.
My dad was mad as hell.

Sent to Korea in feb 68, I SPENT MANY MONTHS IN THE FIELD, on, and north of, the 38th parallel, getting a good taste of "Soljerin". All the good equipment went to the rear echelons.
I'm in the brotherhood of "The U.S.Army's best kept secrete"
My experiences with Uncle Sam, SET ME ON A 30 YEAR COURSE OF CRAVING THE RUSH .. I embraced "La Vida Loca."
My quest took me on a 4 month hitch hiking excursion across Europe, lived in Spain as a bartender, and Amsterdam as a bum. Returned home, bought a motorcycle and rode throughout the Canadian Maritimes.
25 or so trips to Mexico, later driving down the East cost of Mexico in a school bus, (GOT LOST) to El Salvador, stopping along the way to pay mordida ("the bite"), at every military checkpoint.

It took 3 months to sell everything that was brought down in that bus.( drove down on el camino del muerto). Also traveled to Belize, Guatemala, and the American Southwest.
I HAVE HAD A LIFE LONG INTEREST IN Central American culture and it's people.

I started college at 30, (full and part time) accumulated over 160 credits by the time I was done(5 1/2 years). While I went to school, I lived in an old apartment building where everyone but me, was an illegal.
I helped them all with their english and was adopted into their culture..
I needed 3 credits for a sheepskin, when I dropped out to form a partnership in the construction trade. It lasted for 6 years until my partner was killed in an accident.
I went to Mexico to sort things out and get my head straight again. In 10 days I accumulated a bar bill of 3.5 million pesos.
I spent 15 years working for a well known tax prep corporation as a manager and as a Sr. Master preparer. I enjoyed my clients. I made sure they got every penny coming to them. Sometimes I had to fight the very company I worked for to ensure the client got full representation. The corporation was like all corporations, interested only in their bottom line.
I also spent 15 interesting years on and off, roaming the streets of the big city (Worcester ), driving a cab. Every fare a story.
Only job I ever had where a total stranger tells you their life story in the short span of a 10 minute ride.
Lived with 5 different women.
3 were good, two were bad.

Spent all my money on WINE,WOMEN AND SONG.
WHAT EVER WAS LEFT, I WASTED.

I never could work at the same place for too long. I had that rabbit in my blood.
Now I am single and retired. Spending my time fishing and arguing politics with my buddies.

I got replacement parts for my body to include two total knee replacements.
Walk everyday to get back into shape.

Found my army buddy by sheer chance using the internet. A man I had served with some 47 years ago. He's a grandfather his 60's. ( who isn't...right ?),
A follow up phone call confirmed this was the same man. He and his wife came to visit me from Wisconsin. The following year I stayed at his house for a week.
After 47 years, neither he nor I drink booze or smoke tobacco. Quite a difference from our soldierly activities decades before.
When the Company gave me orders to the DMZ for 90 days of O.P. duty after I brought an E-6 up on charges, my buddy Bob took my place so I could continue with the legal process against the E-6.
I pursued the matter, and the E-6 got his comeupence and lost his chance at promotion.
I was selected by the Battalion Commanding Officer for the 7th Division NCO academy, however I had a collective dislike for anything military, and declined.
After a brief and unusual encounter while on outpost duty, the Battalion C.O. again recommended me, this time for Imjin Scout school.
13 + months in Korea, no promotion.
My buddy Bob, who saw more action than anyone in the battalion, remained a PFC his entire 13 months. Army Justice.....forget it, there is none.

Ironically, we are both involved in helping veterans. Me in Mass, he in Wisconsin. This has been my main activity for the last 8 years.
I am not pro war, I am pro Veteran.


FOUR universal truths of life:
1 IF YOU WANT TO MAKE SURE SOMETHING IS DONE ... DO IT yourself, don't rely on others.
2. IF SOMETHING CAN GO WRONG, MOST LIKELY IT WILL.
3. THE ONLY WOMEN A MAN CAN REALLY TRUST IS HIS MOTHER. (until she gets dementia )
4. IF YOU HAVE NO DESTINATION IN LIFE ... ANY ROAD WILL TAKE YOU THERE 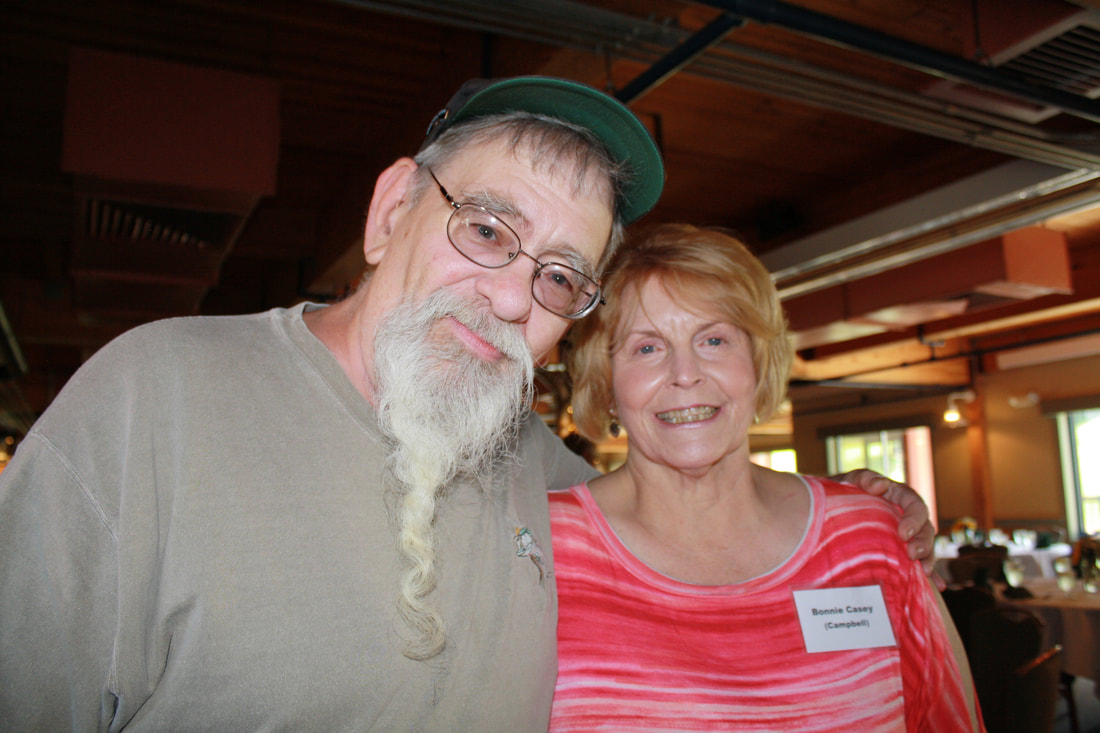 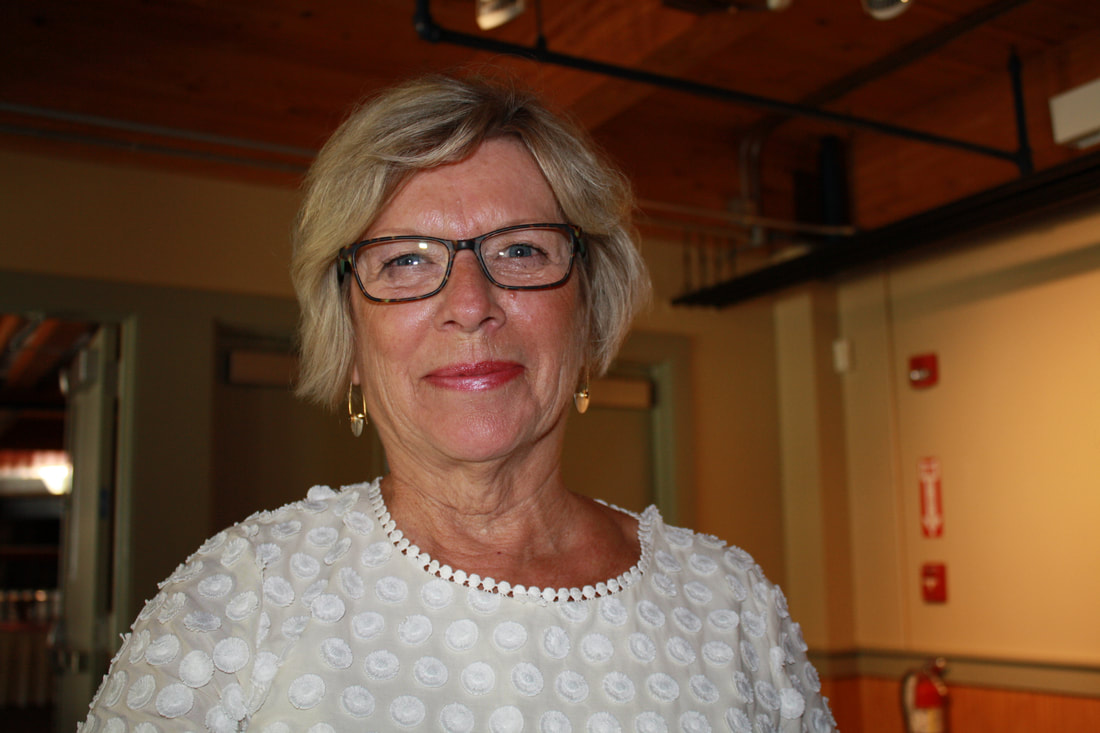 Birthday Bash - August 20, 2017
Gail (Muzzy) Perkins
"friendship improves happiness and abates misery."
Both my daughters have 2 sons each. I sold my house in Holden and moved to a condo Sturbridge in 2006. Shortly after moving, my two older grandsons Broc and Dorian came to live with me. I became their legal guardian in 2010. They are currently both in high school. We spend some of the summer time visiting siblings in Belfast, Southwest Harbor and Boothbay Harbor, Maine. I like getting to the gym 3 times a week and working in my small flower garden in the spring and summer. 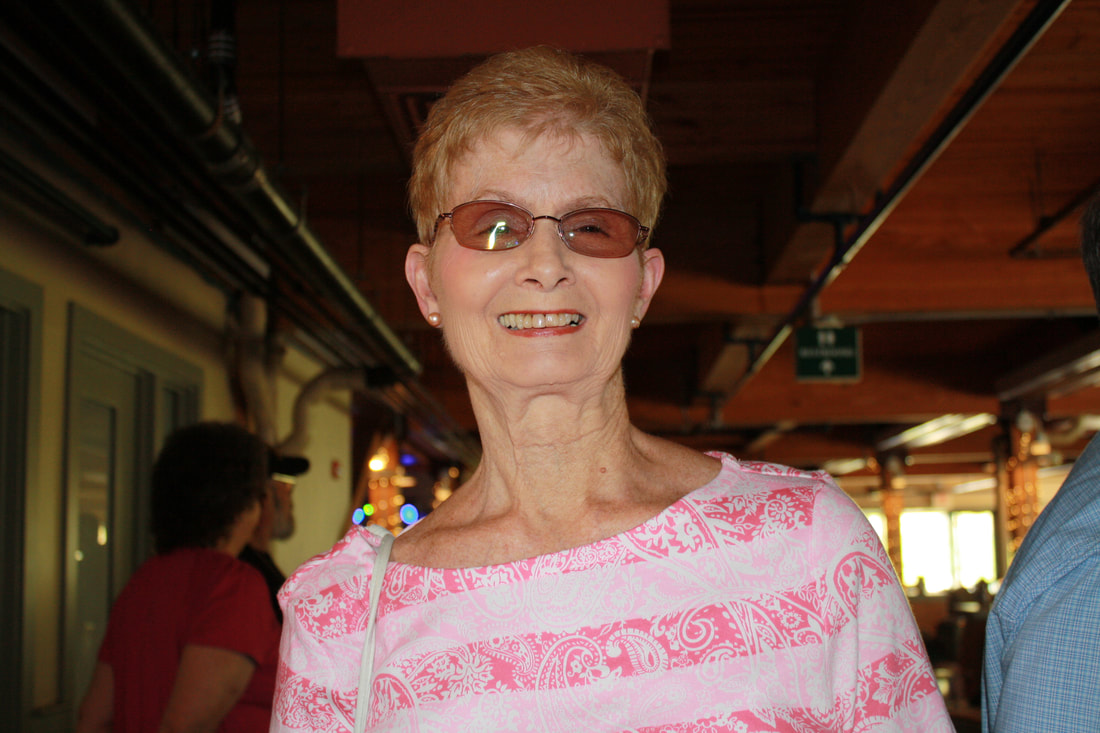